Safeguarding ocean dwellers is a top priority for ExxonMobil’s marine projects and depends upon learnings from years of academic research and careful operations.

Sound has been an integral part of offshore oil and gas exploration for the last five decades. In the process of 3-D seismic mapping, sound wave reflections are used to map geologic formations below the sea-floor. The energy industry uses these 3-D images to help determine where to drill, reducing the number of wells needed to produce oil and gas resources.

Meanwhile, sounds generated from dolphins and whales, undersea volcanoes and earthquakes, commercial shipping, offshore wind turbine construction and, significantly, the weather, all contribute to a far from quiet ocean ecosystem to which marine animals are well-adjusted.

Seismic surveys are designed to produce low-frequency sounds to map geological formations. Based on peer-reviewed scientific research and almost 50 years of operational experience, there is no evidence to suggest that the sound produced during an oil and gas industry seismic air-gun survey has resulted in physical or auditory injury to marine mammals. Nor is there evidence to suggest that the use of air-guns in seismic surveys has had a population-level impact on marine mammals.

However, ExxonMobil still takes numerous precautionary measures in all its seismic operations to minimize impacts on marine life.  We support and participate in a range of academic research programs to advance our collective understanding of marine life and aquatic ecosystems.

Years of peer-reviewed and published scientific research have shown that oil and gas industry seismic air-gun surveys pose a minor risk to marine mammals. This is supported by the following governmental regulatory agencies and non-governmental scientific organizations:

With regard to mitigated offshore oil and gas seismic activity in the Arctic, the agency has stated:

The U.S. Department of the Interior’s Bureau of Energy Management (BOEM)

In 2015, the department issued a Final Supplemental Environmental Impact Statement for a Gulf of Mexico Offshore Continental Shelf Oil and Gas Lease Sale. It concluded that, despite more than 50 years of oil and gas exploration, “there are no data to suggest that activities from the preexisting OCS [oil and gas] Program are significantly impacting marine mammal populations.”

The Ocean Studies Board of the National Research Council, an authority on this topic, released a report that found:

“No scientific studies have conclusively demonstrated a link between exposure to sound and adverse effects on a marine mammal population.”

In 2006, a group of international oil and gas and geophysical companies committed to uniting their resources to improve understanding of the potential physical and behavioral effects of the sounds created by the industry. This Joint Industry Program is currently the largest nongovernmental funder of research on this topic, having committed $55 million to date. The Program has published more than 30 reports and over 70 peer-reviewed science manuscripts. While financially supported by exploration and production companies, the research is carried out by independent researchers who receive contracts through a competitive bid process based on the methods used by the U.S. National Science Foundation through an anonymous external review process. The Program’s policies require that all research is to be shared in public reports and published in peer-reviewed scientific journals to ensure maximum transparency and value to the wider research and regulatory communities.

The Program's research studies are designed to examine the possible physical and behavioral effects of sound on marine life, investigate new technologies and methodologies to mitigate potential impacts of sound from seismic survey activities and better understand how sound travels in water.

ExxonMobil is committed to excellence in safety, security, health and environmental performance. The foundation for these standards is a disciplined management framework called the Operations Integrity Management System (OIMS). It establishes common worldwide expectations for addressing risks inherent in our business

Although there have been no instances of sound produced from oil and gas exploration hurting marine mammals, ExxonMobil still takes numerous mitigation measures in its seismic operations to minimize potential adverse impacts on physical safety, feeding, breeding and nursing life functions. Seismic exploration is also carefully regulated by federal governments and managed by operators to avoid impacting marine animals.

We have exploration procedures in place to ensure that we operate responsibly everywhere we do business. The offshore oil and gas industry, along with the geophysical contractors, conducts environmental studies and risk assessments prior to operations, and mitigation measures are carefully designed and implemented to address site-specific environmental conditions of each operation.

Key study types and mitigation measures include the following:

In an environmental assessment of the Northwest Atlantic Ocean conducted by Rice University and the National Science Foundation, researchers found that:

“Gray whales have continued to migrate annually along the west coast of North America despite intermittent seismic exploration (and much ship traffic) in that area for decades (Appendix A in Malme et al. 1984; Richardson et al. 1995), and there has been a substantial increase in the population over recent decades (Allen and Angliss 2010). The western Pacific gray whale population did not seem affected by a seismic survey in its feeding ground during a prior year (Johnson et al. 2007).”

In the same environmental assessment, researchers found that:

“Similarly, bowhead whales have continued to travel to the eastern Beaufort Sea each summer despite seismic exploration in their summer and autumn range for many years (Richardson et al. 1987), and their numbers have increased notably (Allen and Angliss 2010). Bowheads also have been observed over periods of days or weeks in areas ensonified repeatedly by seismic pulses (Richardson et al. 1987; Harris et al. 2007).”

A study published in The Journal of the Acoustical Society of America documented that no injury took place and no significant behavioral reaction was observed when bottlenose dolphins were exposed to impulses from seismic air-guns. Dolphins may show little reaction to air-gun impulses, even at ranges as close as 3.9 m and with the air-gun operating at 150 cubic inches and 2000 pounds per square inch. These sound levels did not produce clear, reliable Temporary Threshold Shift [temporary hearing injury] in any dolphins tested. 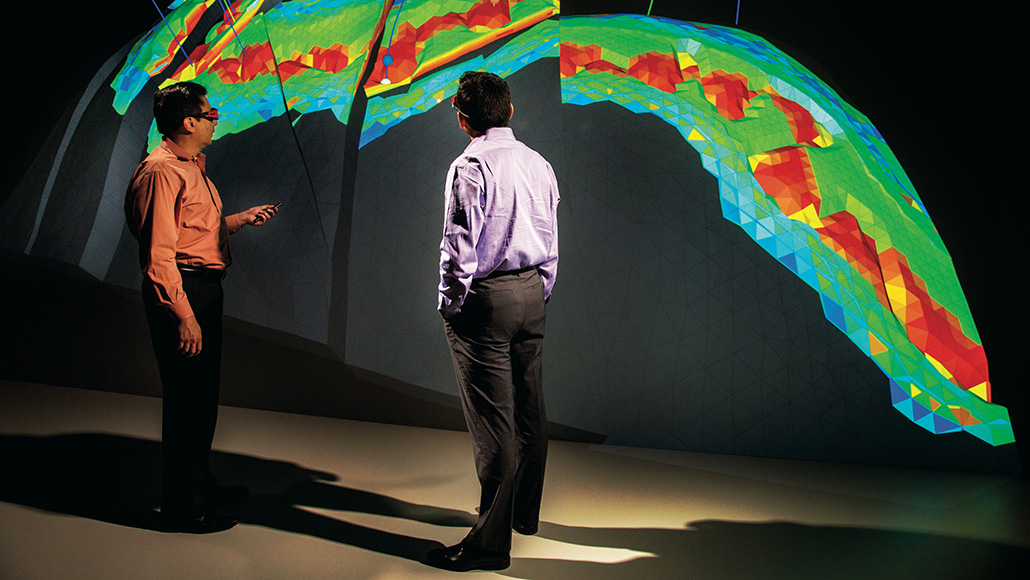